Travel by hire car or private chauffeur are the most straightforward options for travelling to County Donegal. However, the following are some public transport options for getting here depending on which part of the county you are visiting. We hope you find this useful.

Bus Eireann Expressway Route 30/X30
Departing from Dublin’s Busáras Bus Station to Donegal and back, Route 30/X30 passes through Dublin Airport, Cavan and Ballyshannon before arriving at the Abbey Hotel in Donegal.

From here you can connect with Foyle Coaches, McGonagle Bus or Local Link to reach Inishowen.

Galway to Donegal Town and Letterkenny

Take Bus Feda to Letterkenny and then take the 995 Muff to Buncrana Local Link.

There isn’t a straight public transport route from Belfast to Donegal Town.

Gallagher Coaches
Daily service from Jury’s Inn, Belfast to Letterkenny (and on to Crolly)

There isn’t a straight public transport route from Belfast to Inishowen.

From here you can connect with Foyle Coaches, McGonagle Bus or Local Link to reach Inishowen.

Despite its location in the North West corner of Ireland, and being home to Ireland’s most northerly point, Malin Head, County Donegal is in the Republic of Ireland. Confusion often comes from the fact that the province of Ulster is made up of nine counties, six of which are in ‘Northern Ireland’. The other three, Donegal, Monaghan and Cavan are in the Republic of Ireland. Donegal is the largest county in Ulster and the fourth largest county in Ireland.

People are often unsure if it is Euro or Sterling currency that is used in County Donegal. The short answer is Euro, as that is the currency of the Republic of Ireland. However, as Donegal borders three counties in Northern Ireland, some border towns may also accept Sterling and give change in Euro. Currency isn’t as much of a concern anymore with the increasing acceptance of card payments in most attractions, shops, restaurants and hotels.

Donegal, Ireland’s fourth largest county, cannot be explored in one day alone. If possible, it is advisable to stay for five or six days. A two to four day Donegal tour, with a couple of personal days is highly recommended to fully appreciate the beauty of Ireland’s North West County.

Donegal Town is a beautiful town located in South Donegal. The name in Gaeilge, ‘Dún na nGall’, means ‘fort of the foreigners’.

Donegal Town has an abundance of attractions including Donegal Castle, Donegal tweed stores and Donegal Bay Waterbus to name a few. However, don’t make the mistake that visiting Donegal Town means you have visited all of County Donegal. Donegal Town and the South Donegal area is just one part of it.

The Wild Atlantic Way has been described as the longest defined coastal touring route in the world. It’s a 2,500km (1,500 miles) stretch of road along the west coast of Ireland from Malin Head in Co. Donegal to Kinsale in Co. Cork. 500km of the Wild Atlantic Way driving route is in County Donegal.

Donegal Tour Guide only offers private tours and transfers, meaning that you will only be travelling with your own group. It is not possible to combine multiple groups.

Travel is in a Mercedes V Class MPV with seating for seven passengers plus driver. 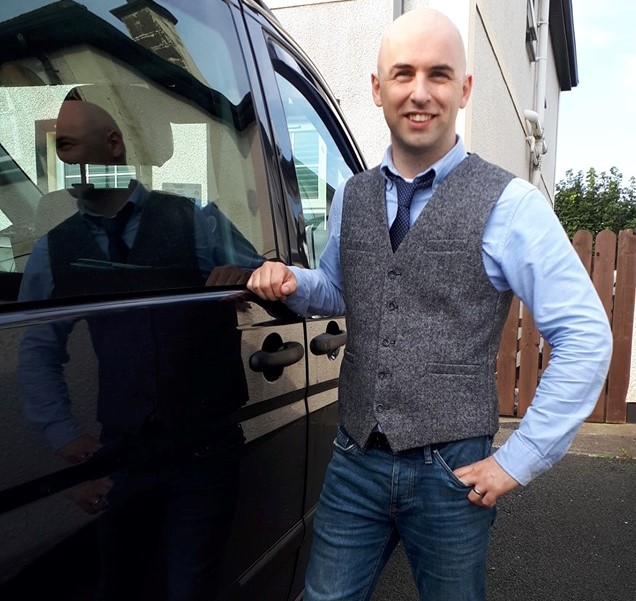